léon / and it breaks my heart, music video 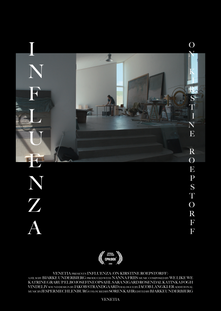 Bjarke Underbjerg was born on valentines day in 1991 in Copenhagen. Later he studied film, philosophy and journalism at various universities throughout his twenties, obtaining a master of arts in film and journalism. Meanwhile he taught film at the University of Copenhagen while assisting for acclaimed documentary director Eva Mulvad and some of the most sought after directors within the  comercial film industry.

He has written and directed multiple films; both documentaries, short films, music videos and more. In 2017 he entered CPH:DOX for the second year in a row, when his feature length art documentary ‘Influenza’ premiered. That and other films have later had succesfull festival runs, picking up awards and nominations along the way. In 2020 he finished a film about his native city for the new and grand Museum of Copenhagen. A film that was later shortlisted for a Young Director Award 2020 in Cannes. The following year, he finished a film about his uncles fight against Parkinson's disease. The film was shortlisted in multiple categories at the Young Director Awards 2021 and at Ciclope festival 2021 and SHOTS awards 2021. Subsequently he won gold as rising star at True Awards and was named second best director of the year.

His films are characterized by vulnerable characters in search of a more meaningful life. But then again - don’t we all?